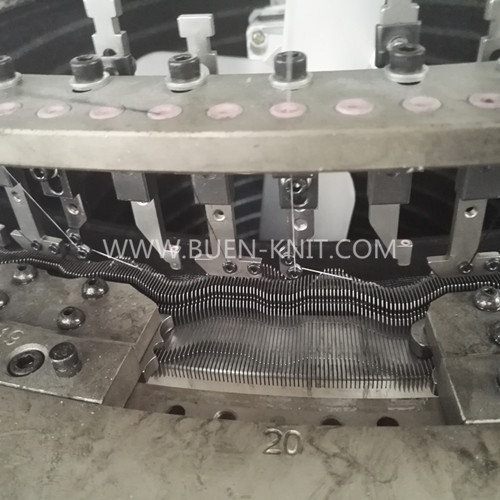 The preferred method today for making three thread fleece fabric is to use a top needle butt and cam-track for knitting the ground(face) and tie-in (binding) yarns, and four tracks and corresponding buts positions(which can be arranged) for the fleece tucking sequence. Below are the steps for production of a three thread fleece circular knitting machines.