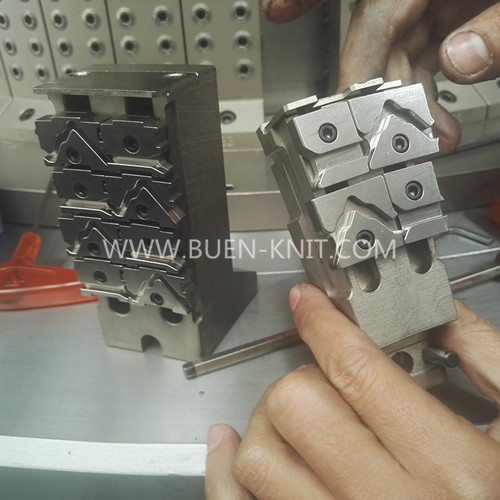 Interlock Circular Knitting Machine normally must have the followings:

1 Interlock gating, the needles in two beds being exactly opposite each other so that only one of the two can knit at any feeder.

2 Two separate cam systems in each bed, each controlling half the needles in an alternate sequence, one cam system controlling knitting at one feeder, and the other at the next feeder.

3 Needles set out alternately, one controlled from one cam system, the next from the other, diagonal and not opposite needles in each bed knit together. 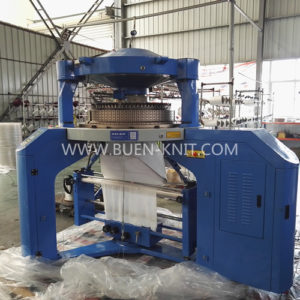 As only alternate needles knit at a feeder,  Interlock Circular Knitting Machine can be produced in finer gauges then rib, with less danger of press-offs. Interlock knitting is, however, more of a problem than rib knitting. Because productivity is half, less feeders can be accomodated, and there are finer tolerances. When two different color yarn are used, horizontal stripes are produced if the same color is knitted at two consecutive feeders, and vertical stripes if odd feeders knit one colour and even feeders knit the other colour. The number of interlock pattern rows per inch is offen double the machine gauge in needles per inch.